"The past four years have been spent working on the new record "Soul River" and playing the occasional gig, from the mountains of North Carolina to the university town of St. Andrews, Scotland. My plans for touring to support "Soul River" have been postponed because of the CoronaVirus but in the near future I plan to increase my presence on Facebook, have an International CD Release via streaming platforms and promote my music through all the usual social media channels. It should be a fun ride!!"

Raised in Manhattan by his composer father and poet mother, Alexander took lessons in acoustic style guitar from the late Artie Traum. He was discovered at age 16 by Tin Pan Alley songwriter Lou Stallman who published and pitched his first twelve compositions. Alexander was a headliner at several folk clubs in the late sixties before touring with the group Moonshine. He began his solo career in 1984 and has been compared to such luminaries as: John Hiatt, Mark Knopfler, James Taylor and Paul Simon. He performs frequently to sold out audiences in the Southeast.

Produced by Fred Story, Soul River, has a crisp, spacious, acoustic feel akin to Norah Jones’ first album Come Away with Me. The title track, as well as songs like “Forever Eyes”, “The Poet’s Soul” and “Days of Old San Juan”, reveal a deep emotional core. Two duets with New Hampshire singer-songwriter Click Horning, “Steel Rail Blues” and “I’m A Missin’ You”, are vintage folk classics. Several instrumental tracks -- “When All the Sand Castles Fall” and “Twilight Dream” -- make powerful melodic statements while songs such as “Right to Be Wrong”, “Couple of Hats Boogie” and “Dodgeball” feature his accomplished Travis style guitar picking. Alexander’s remake of the 1961 hit “A Hundred Pounds of Clay” and the Bob Dylan classic “Buckets of Rain” showcase his ability to re-interpret vintage songs in his own style. Alexander’s music can be heard on Pandora at Matthew Alexander Radio and all other digital platforms.


What Others Are Saying:

“Alexander’s CD offers the breath of fresh air we often search for in our record collections but rarely find”
Mark Price, Charlotte Observer

“...captivating songwriting and timeless evocative singing”
All About Jazz

He Opened for Springsteen, Joel and Raitt

For most of his fifty year musical career, Charlotte based singer-songwriter Matthew Alexander has been in the “right place at the right time.” In the seventies, Alexander was co-leader of the group Moonshine who, by sheer happenstance, opened for Bruce Springsteen for five nights at Kenny’s Castaways in New York City while also auditioning for legendary songwriter Jerry Leiber. The year prior he opened for Billy Joel in Greenwich Village where Joel was premiering his first release Cold Spring Harbor. And at Harvard, Alexander hosted Bonnie Raitt at his yearly Songwriters’ Festival. So what has he been doing since? Making CDs every five years: “I got the recording bug when I was in high school and have been at it ever since.” In terms of his current geographical locale, Alexander states: “I feel fortunate to have relocated to North Carolina in 1984 because it has such an incredible acoustic music heritage.” Alexander counts his many influences as including: Doc Watson, Chet Atkins, Paul McCartney, Bruce Cockburn, Paul Simon, Van Morrison, Mark Knopfler and Jim Croce, many of whom he has been compared to. His latest album Soul River drops on October 27th, 2020 and features Alexander on guitar, piano and vocals with multi-instrumentalist and producer Fred Story on “everything else.” “The record has 19 tracks and a lot of influences including Chopin, Lightfoot and Dylan.” And as for all those future stars he once opened for, Alexander says: “I guess I was their good luck charm.”

Alexander’s music can be heard on his Pandora Channel Matthew Alexander Radio and all streaming platforms. He will be releasing a live concert video on November 7th, 2020 on Facebook and YouTube.

“His CD offers the breath of fresh air we often search for in our record collections but rarely find." 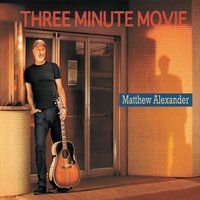 In his sixth full length album, independent artist Matthew Alexander offers his most accomplished work yet – Three Minute Movie – 14 songs that cover a broad scope of the human experience including themes such as betrayal, redemption, grief and love.

Raised in Manhattan by his classical composer father and poet mother, Alexander took lessons in acoustic style guitar from the late Artie Traum and Jack Baker. He was discovered at age 16 by Tin Pan Alley songwriter Lou Stallman who published his first twelve compositions. Alexander’s songs have drawn comparisons to such acoustic pop artists as Jim Croce and Paul Simon. He is known for his unique finger picking style, expressive voice and powerful melodic sensibility.

Produced by Michael McGinnis, Three Minute Movie displays an array of acoustic and electric instruments that are tailored to the emotional heartbeat of each song. The title track bristles with country rock energy. Other songs, such as “Rainy Afternoon” and “Indigo and I”, show a more laid-back jazz-folk style. Two folk-oriented tracks – “Racing Against Time” and “If You Didn’t Know Me” – tackle profound themes of aging and caring for a mother with Alzheimer’s Disease while two instrumentals – “Tagalong” and “Citizen Train” – showcase Alexander’s mastery of Travis picking. Also included on the disc are two covers – “Beyond the Sea” and “Ramblin’ Rose” – which demonstrate Alexander’s talent for bringing a fresh approach to classic songs. Matthew Alexander will be touring throughout the Southeast in the fall of 2015 to promote this record (see www.alexandertunes.com). His music can be heard on Pandora at Matthew Alexander Radio.

What Others Are Saying:

“Alexander’s CD offers the breath of fresh air we often search for in our record collections but rarely find”
Mark Price, Charlotte Observer

“There is artistry in the way his fingers work the strings creating waves of emotion and ripples of vivid imagery. Alexander’s guitar playing is absolutely spellbinding”
Carson James, Twang Town

“...captivating songwriting and timeless evocative singing”
All About Jazz

Matthew Alexander has opened for Bruce Springsteen, Billy Joel and Tim Weissburg and performed at such legendary venues as:

The Sword and the Stone

Including digital distribution across all major platforms

The Matthew Alexander Band performs two songs from their concert at the Visulite Theater in Charlotte, taped May 7, 2008; "Daredevil Angel" and "River City".
If you cannot view the video above click here.

High Resolution Photographs (300dpi jpeg files) are available for download for press use.

Any unauthorized use of the provided photography is prohibited.
All photos are property of Matthew Alexander ©2020

High Resolution Photographs (300dpi jpeg files) are available for download for press use.

Any unauthorized use of the provided photography is prohibited.
All photos are property of Matthew Alexander ©2020 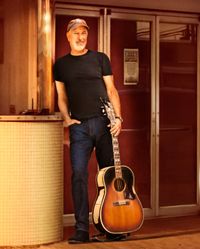